Florida Black Bear National Scenic Byway replaced “placeholder” prints in three locations along the byway in December 2018. The “volunteer” kiosks had been put into place 6 years ago with laminated prints under Plexiglas in an effort to get more interpretation on the ground. The laminated prints were predicted to last 3 years, and by six, many had faded greatly. They had been intended to “hold the place” while sturdier panels were produced.

The first location was at the Blackwater Inn at the Astor Bridge. The restaurant & marina sponsored the kiosk at their location. The new panels are guaranteed to last 10 years in the Florida sun and rain (or be replaced). 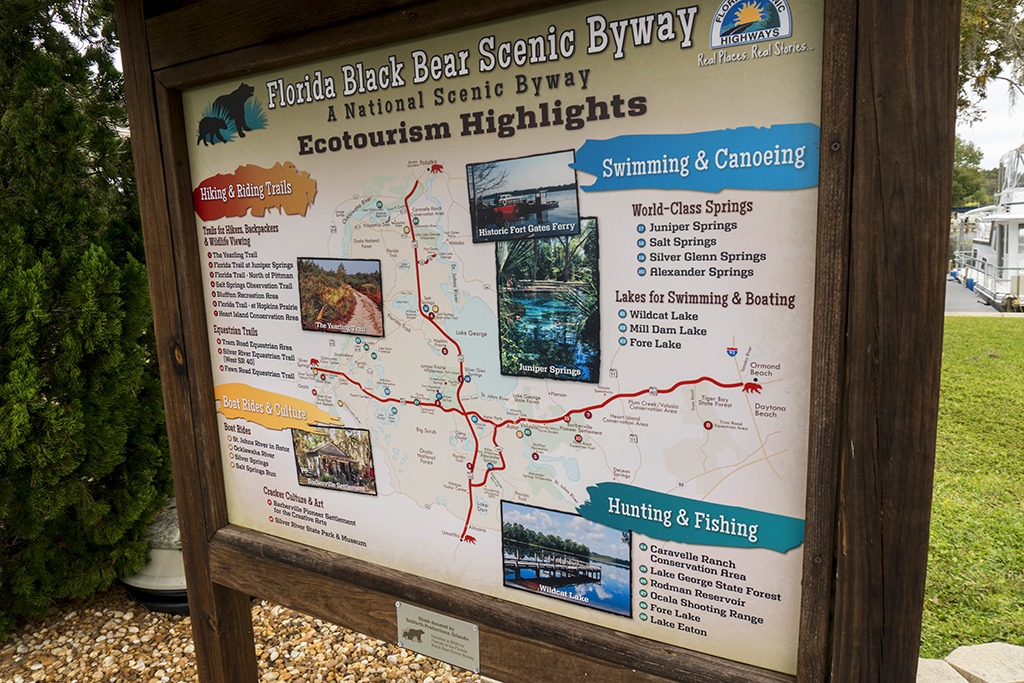 The Blackwater Inn location features interpretation about Astor’s history on one side, and Ecotourism highlights on a map of the byway on the other side. Every kiosk location includes a map of the byway to both orient travelers and promote awareness that they are on a National Scenic Byway.

The second location is another kiosk at the entrance of the Barberville Pioneer Settlement. This location features information about local wildlife on one side (the byway runs through the Ocala National Forest and features a rich ecosystem.) The other side again features a map, but this time the map highlights “traveler types” along this byway. 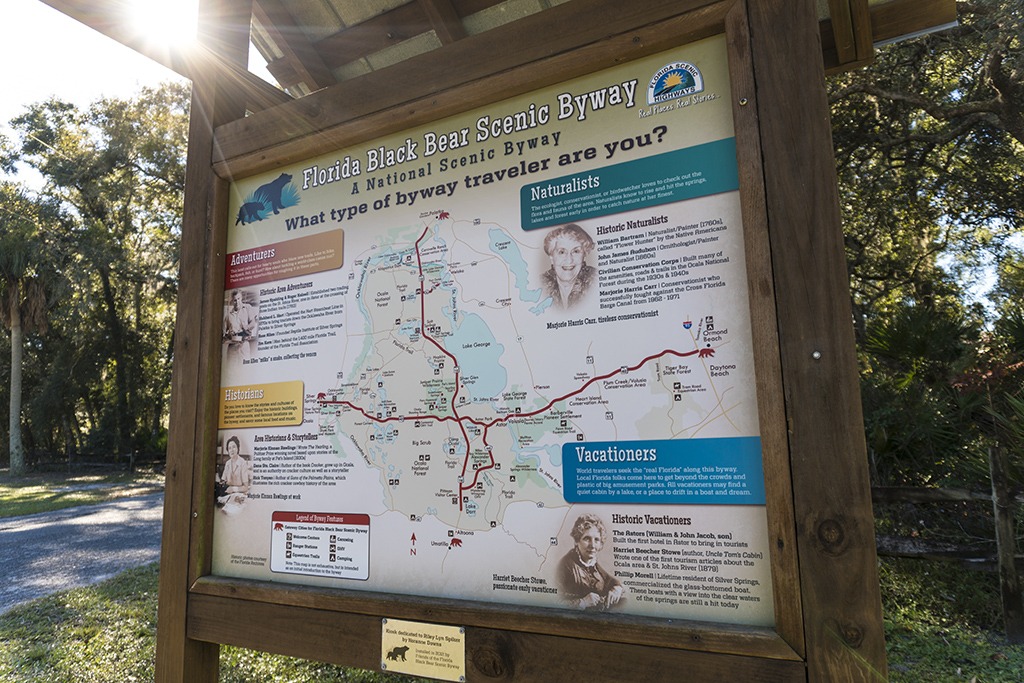 The byway region was historically visited and populated by an astounding number of colorful and famous people – so much so that the byway used them as major themes for tourists on interpretation and the website to guide places to visit. The traveler types include: Adventurers, Naturalists, Historians and Vacationers.

The final location was a replacement of the fiberglass panel at Juniper Springs, which is mounted on the wall. 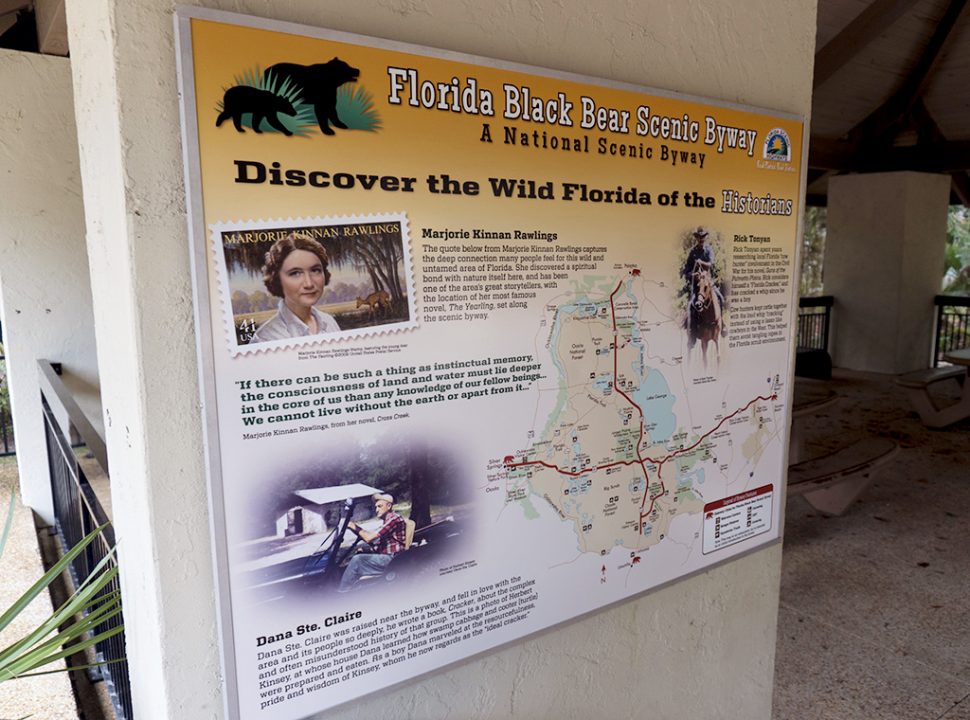